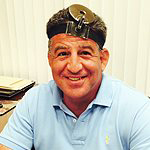 Dr. Aroesty earned his medical degree from the State University of New York, Brooklyn in 1988. He went on to Staten Island University Hospital for his 2 year surgical residency followed by a four year residency in Otolaryngology at SUNY/Brooklyn. He was Chief Resident in Otolaryngology from 1993-1994. Dr. Aroesty started in private practice in 1994 and became Board Certified by the American Academy of Otolaryngology-Head and Neck Surgery in 1995. In 1998 he became a Fellow of the American College of Surgeons. In 2010, Dr. Aroesty was recognized as a distinguished member of the American Board of General Surgery. Dr. Aroesty treats both pediatric and adult patients. He is a highly skilled head and neck surgeon, well-versed in treating a variety of maladies affecting the head, neck and thyroid, in addition to non-surgical and surgical treatment of sinusitis, allergic rhinitis, otitis media and other diseases of the ears, nose and throat. Dr. Aroesty also is trained to perform an in-office procedure to help alleviate snoring and mild to moderate Sleep Apnea. He is affiliated with St. Clares Health System and Ridgedale Surgery Center.